Many nurses attending the ANA and ANCC conferences started their day on April 26 with a pitch – actually five pitches – from nurse innovators competing for monetary prizes at ANA’s live, interactive version of the TV show, “Shark Tank.”

The NursePitch™ event took place on the final day of the ANA Quality and Innovation Conference and the ANCC Pathway to Excellence Conference® in Orlando, FL.

Each contestant had five minutes to present their innovative product to four expert judges and answer questions about their product, such as what problem it solves, its cost to produce, target market, and specific details on how it would work.

And the NursePitch™ winners are…

1st place award and $7,500 – Lisa Ousley, DNP, RN, FNP, of INSTRUCTIDERM, LLC, for her team’s product, which creates two and three-dimensional models of skin lesions. These realistic-looking “lesions” can be placed on humans and mannequins to help educate clinicians detect skin diseases, such as melanoma. 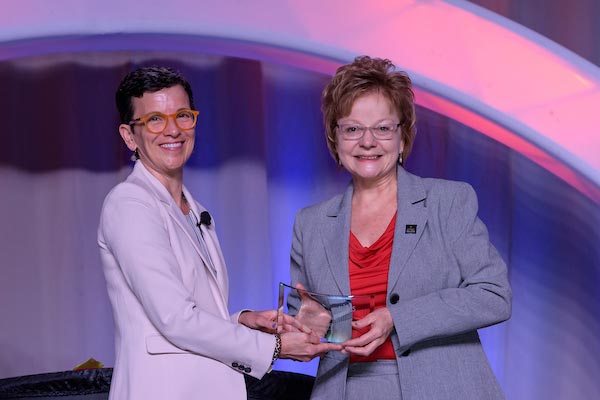 2nd place award and $5,000 – Courtney Farr, MSN, RN, FNP, of House Calls, LLC, for her creation of a virtual stethoscope-otoscope that can be plugged into a phone, allowing health care providers to listen to heart, lung and abdominal sounds, as well as see into the patient’s mouth and ears remotely. This innovation, combined with her app, provides patients with a virtual health care visit.

3rd place award and $2,500 – David Bendell, MSN, RN, NE-BC, AKC, of Well Dot Health Inc., for his innovation using computer vision and artificial intelligence to continuously monitor patients to determine their needs, such as if they appear in pain, their call light is out of reach, or if they need to be repositioned. Data and images gathered are uploaded automatically into the EHR and can be viewed on a monitor at the nurses station. 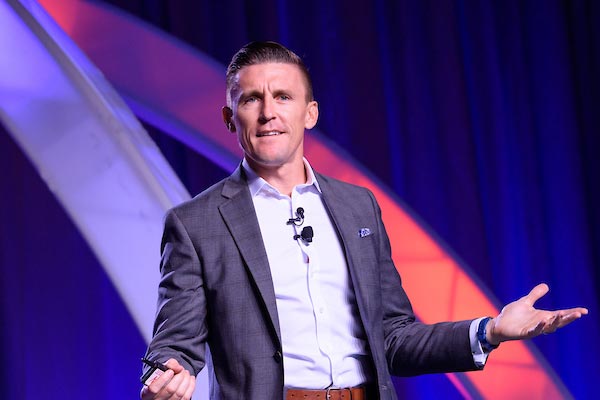 Before he described his framework for decision-making, he talked about the importance of having the right mindset, which he called a “driver,” or decisive, mindset. He noted that people who have this mindset continue to persevere despite setbacks they encounter at work or in any other parts of their lives.

In an April 25 keynote presentation titled “The Patient as CEO,” Robin Farmanfarmaian shared her personal story about her numerous interactions with the health care system, and how it led her to becoming an entrepreneur in health care technology and championing consumers as key decisionmakers on their health care team. 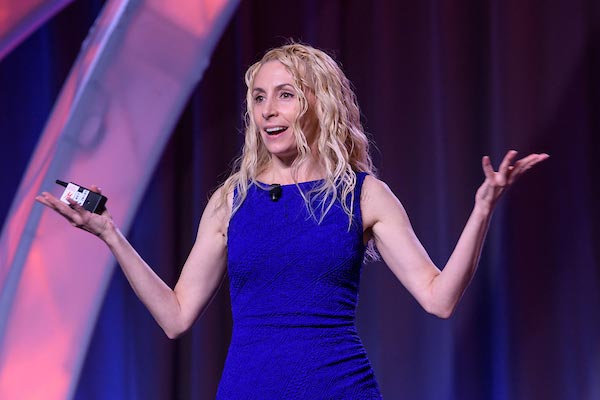 Robin Farmanfarmaian offers examples of technology and trends that are changing health care.

But first, she gave a shout out to nurses: “I’m a patient. You’ve provided the warmth and the information I needed, and you’ve always been there for me.”

She gave numerous examples of existing and emerging technology, including point-of-care technology, like at-home EKG analysis; built-in sensors in socks that measure foot temperatures to prevent ulcer formation; and personal robots that can help older adults age in place.

She encouraged conference attendees to get more involved in health care technology, including seizing on the massive opportunities to develop educational apps. Farmanfarmaian recommended that nurses start writing down their ideas, getting patents for their innovations, and sharing their work with the rest of the health care team.

“You as nurses already make the biggest differences in health care,” she said. “Let’s blow that up as much as possible.”