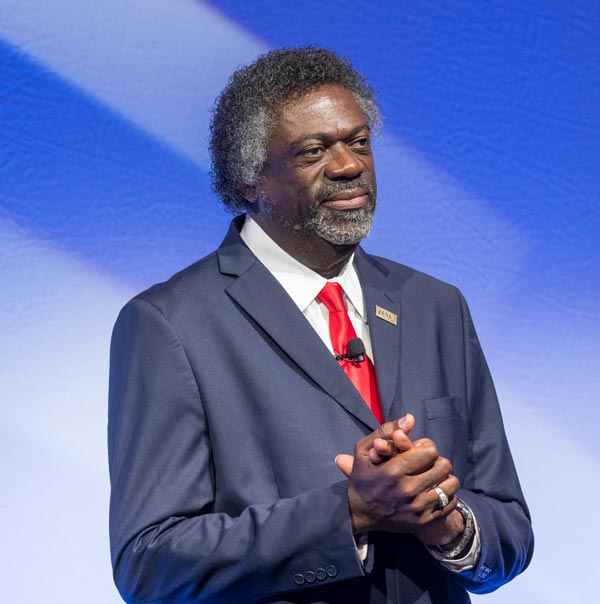 This year’s Membership Assembly officially kicked off today in Washington, DC, with about 340 nurses and others attending so far. Assembly representatives are expected to discuss human trafficking; the eligibility of Deferred Action for Childhood Arrival (DACA) recipients to take the NCLEX; a revision to the ANA immunization and vaccine position statement; and other key nursing and governance issues. Eligible representatives also will be voting to elect top ANA posts.

Speaking to attendees, Grant outlined his priorities, which are to: increase diversity in nursing; increase the relevance of ANA to nurses; and boost nurse-consumer engagement to elevate consumers’ understanding of the value of nursing. His fourth priority is to bolster nurses’ ability to practice and engage in public advocacy at all levels.

He also described ongoing and planned efforts to meet those priorities. About diversity, Grant said, “One thing we should be doing is to work more closely and collaboratively with nursing organizations formed to represent the needs of minority and ethnic nurses.” And as a way to meet his priority of increasing ANA’s relevance to nurses, he cited the association’s stepped-up and wide-ranging efforts to prevent workplace violence and abuse, which is a relevant and critical issue facing frontline nurses.

A former burn care nurse and volunteer firefighter, he used language associated with his background in a call to action to Assembly attendees. Said Grant, “I want to fan those flames of leadership. I want to issue a challenge to you, as nurse leaders, to step up and become fully involved in advancing our mission and achieving our vision of a healthier, more equitable society and a better and safer world for all.”

In her address, Debbie Hatmaker, PhD, RN, FAAN, chief nursing officer of the ANA Enterprise, told attendees, “I look for ways to create synergies across the Enterprise that will push for the outcomes that we all want for our profession, for health care and the way it is practiced and delivered, and for our communities and the nation at large.”

She then provided an overview of ANA’s strategic plan and progress toward meeting goals and priorities.

The No. 1 strategic goal is to increase the number of nurses who engage with the association and to deepen that engagement, Hatmaker noted. Accordingly, there are several areas of “high focus.”

“First is the issue of inadequate nurse staffing and how it threatens the safety and quality of patient care, and how it also impacts the health, safety and well-being of the registered nurse,” Hatmaker said. She then spoke of ANA’s ongoing multi-pronged efforts around this issue, including working with members of Congress to pursue a Government Accountability Office study on staffing and the completion of ANA’s revised Principles for Nurse Staffing and related outreach campaign planned for this fall.

Other high-focus areas are health system transformation and work on the scope and standards of practice and emerging roles in nursing.

What’s next
Watch for actions taken by the Assembly and election results on June 22.