ANA’s Membership Assembly came to a close today but not until representatives took action on several compelling and critical issues focused on patient care, public health, nurses in the news, and student nurses. About 360 nurses, observers and other leaders attended the two-day governance meeting in Washington, DC. Eligible representatives also elected national leaders. 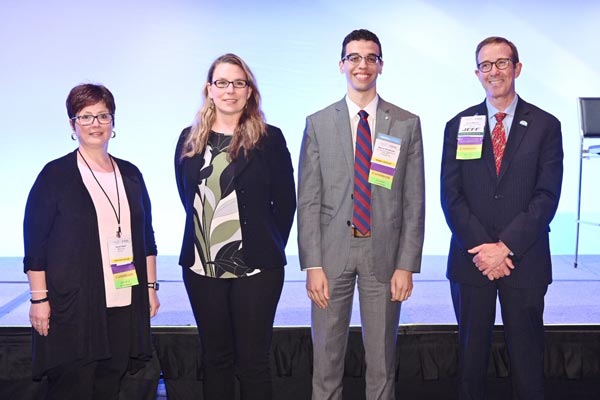 In her remarks to the Assembly, ANA Enterprise CEO Loressa Cole, DNP, MBA, RN, FACHE, NEA-BC, said, "The Enterprise has global reach. It aligns its initiatives with key nursing issues. And it provides nurses with the support and resources to succeed across all practices and specialties, and at every stage of their career."

She also addressed ANA Enterprise goals, including carrying the idea of relevancy to every nurse and creating a future where nurses lead. 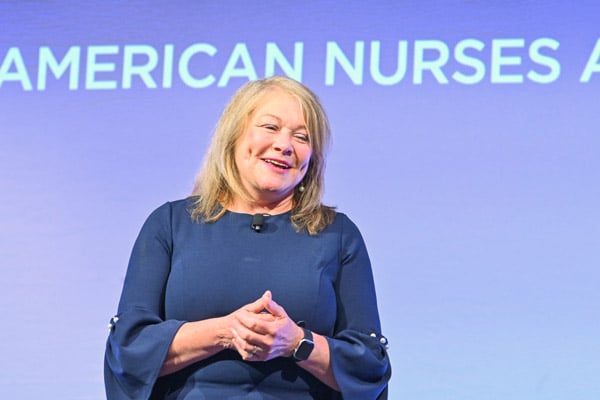 Before casting their votes today, Assembly members participated in four dialogue forums where they gained in-depth information on the issues, as well as shared their experiences, knowledge and perspectives. They also addressed several proposals and governance-related changes.

ANA believes that to protect the health of the public, all individuals should be immunized against vaccine-preventable diseases, according to the best and most current evidence. Given the recent surge of measles cases and potentially uncontrollable outbreaks of other vaccine-preventable illnesses, the Assembly voted to strengthen ANA’s position statement on vaccination compliance, removing the religious exemption and requiring annual recertification for medical exemptions. They expressed strong support for this vital policy, which is crucial to protecting at-risk children and others who can’t be vaccinated. Representatives also called for advocacy for increased funding for social marketing education campaigns, which in part, can help combat vaccine hesitancy and misinformation.

They approved the revised ANA position statement, The Nurse’s Role When a Patient Requests Aid In Dying. According to the revised statement, ANA supports recommendations that nurses remain objective when discussing end-of-life options with patients who are exploring medical aid in dying; have an ethical duty to be knowledgeable about this evolving issue; and have the right to conscientiously object to being involved in the aid-in-dying process, among others.

They approved a recommendation aimed at allowing nursing students who are Deferred Action for Childhood Arrivals (DACA) recipients – often called DREAMers – to take the NCLEX in all states without facing barriers. (The DACA program provides deportation relief for eligible immigrant individuals who came to the U.S. when they were young children.) Only eight states allow DACA students to sit for this licensing exam. This action would also help increase diversity in the workforce and ease nursing shortages. A related recommendation also was approved.

To help solve the public health crisis of human trafficking, they called for ANA and its member organizations to educate nurses on the use of effective screening tools when an individual comes into a health care facility. Two other recommendations focused on promoting trauma-informed care using a collaborative approach when dealing with a human trafficking victim/survivor, as well as requesting ANA to convene a national task force on this issue.

As a way to increase the visibility of nurses in the media, including as sources, Assembly representatives approved recommendations focused on improving nurses’ and the media’s understanding of each other, as well as positioning nurses as influencers. During an earlier held hackathon, Assembly participants generated strategic ideas, which included creating an Institute of Media Ambassadors that provides intensive media training and developing a database of nurse content experts who could quickly respond to media requests, under four key themes.

They also agreed to adopt the ANA Presidential Election Engagement Policy, rather than continuing to endorse a presidential candidate. The new policy includes reaching out to each declared candidate with information on ANA; educating ANA members and the public on presidential candidates’ positions on ANA’s policy agenda and priorities; and aggressive promotion of voter registration and voting among RNs, as well as other engagement efforts.

Among other motions, the Assembly also agreed to:

Request ANA to send a letter to the U.S. Health and Human Services secretary sharing grave concerns about unmet health care needs, as well as unsanitary and unsafe conditions at migrant detention facilities.

Call on ANA to establish an ad hoc committee to study the issue of nurse suicide in the United States.